After spending Christhmas at home with our family and friends most of us arrived back to Kaposvár on the 4th of January. After two week gap we were all glad to see each other and share our holiday stories. After a short catch up on Monday the 05th we went to Zrínyi with James, Mailin and Lisette. The students were very excited to see us all, they welcomed us with big hugs and loud questions. The German teacher invited us to Mailins class where they talked about the holidays and we watched New Years Eve concerts from André Rieu.

The following day because Banu was ill, I held the kids club for Dominik with Mael. We prepared a crossword puzzle to refresh the words he learned in 2014, than we played Dixit with Lisette and Ákos (local volunteer). Dominik was second. It was a nice lesson although we missed Bendi. On Wendsay I participated in a French class in Munkácsy Gimnázium which was held by one of our French volunteer. It was a begginer class, so it was suitable for my knowledge. I even learned a word.

Later in the afternoon I took Banu to the doctor. It was an adventure I did not experience yet. On our office day I met Dora and Áron who worked for Compass earlier and came back for a visit. They (by they I mean Dóra) presented their journey they experienced before and after working for Compass. She was very very thorough. Very. On the last day of the week I visited Katolikus Gimnázium for info point. This was my first time in this school. We even found our beloved coordinator Nikis graduateing picture.
On the following week the EVS promotion continued by Dora helding a presentation in our office. We had young guests who were interested in EVS and I had the honour to translate for Dora. 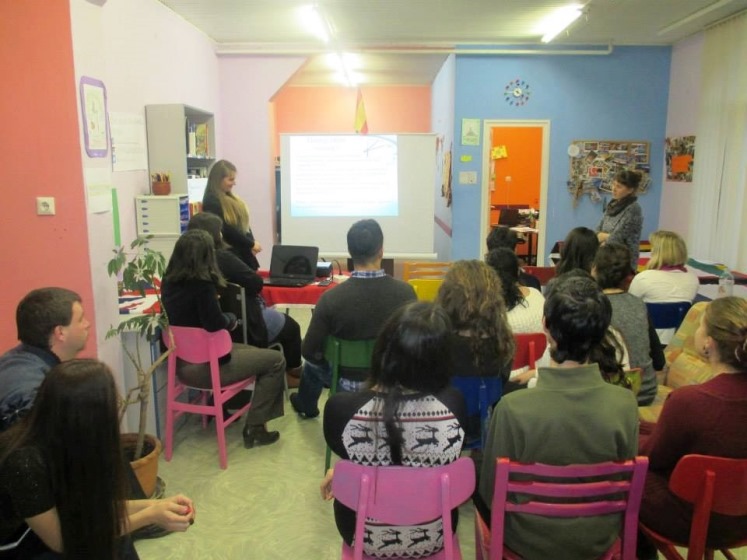 The next day was very busy as usual, I started with info point in Katolikus high school, where I talked with a Catalanian girl who speaks five languages in the age 16. After that we went to the retirement club with Attila and Sonja. We made origami flowers what was grately appreciated by the old ladies. We enjoyed it to. Than just right after I had a kids club with Dominik. We talked about the Solar System.

After an info point in Munkácsy and in Pláza office together with Mael, on Friday we went to Borostyán mothers shelter. We baught halli galli and read books for the children. This was our first time together in the shelter, it was new and encourageing. A few mothers decided that they want to learn English so we offered to teach them. The kids were very open and welcoming.
The following week was busy and a little bit intense. It was the last week for Sedef and Banu who were and are important members of our community. All of our activities had the taste of a certain kind of ending. We went to their last info points, their last time in the retirement club, where we sang all sorts of songs from Abba, The Beatles and Aladin (the musical). 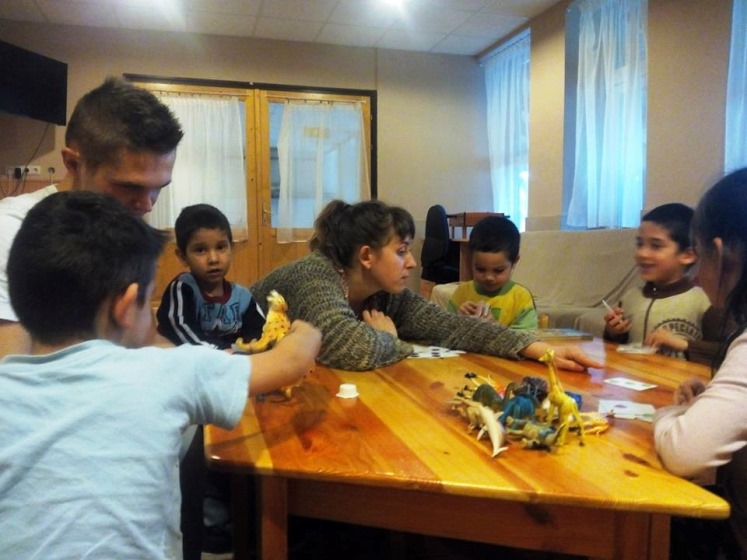 On Thursday I met Péter Attila the organizer of one of the biggest half marathon in Hungary. He is well known in the field of sorts specially thriatlon all around the country. He presented the cshedule of the marathon, he gave instructions and advices how and in what order we give all the supplies to the runners. It was a usefull meeting and it was also a good chance to meet him. Friday was the last day for Banu and Sedef so there was no big progress in the office. Only we prepared the map for Zrínyi primary school than listened how and what the coordinators and our president said about and for them. It was emotional and very strange. We miss them.

But the next Monday everything went back to regular and we went to Zrínyi again, where we introduced our EU-game. We prepared with a map with the european countries. We made a photocopy of all the maps as well and as a first step the students had to match the maps and the countries. First it was only Bettina and Véta who participated in our little game, but then there were more of their classmates trying to figure it all out.
The next day while we were helding an info-point in Katolikus high school we were invited to an english class by one of the teachers. It was a random act, the students got a bit shy but after we introduced ourselves and asked some questions from them they were entusiastic to talk about sports and mainly football. The afternoon we had our first class with Bendegúz and Dominik, because Bendi didnt joined our class in 2015. They were happy to see eachother and they were also very keen on playing card games. Giray and Mael helped me with the class. Wednesday instead of info-point we went to the local Kindergarten where we helped to prepare masks for Farsang and went outside with the children on the fresh air. They were very active and a bit hyper but they enjoyed being with us regarding the language barriers. They are probably the best example for all of us. 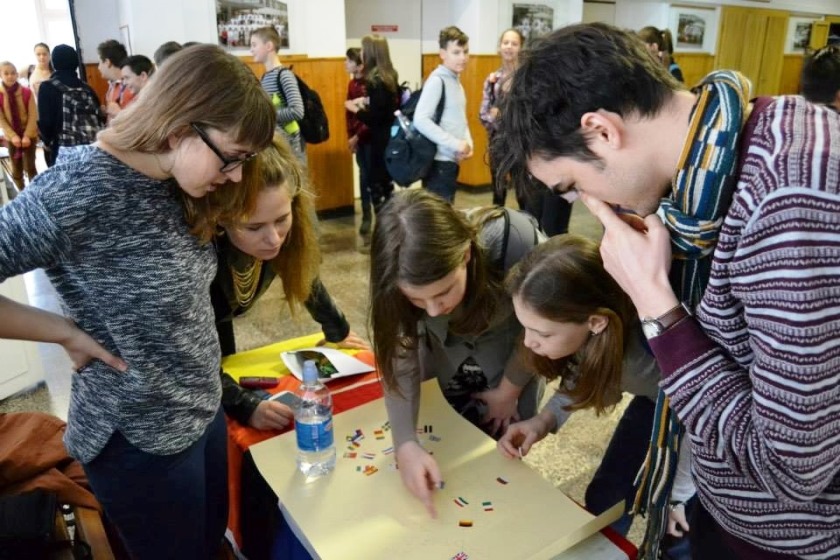 Thursday we had a short office day held by Nandi where we talked about the marathon and the Farsang, and after I went to pláza to held the info-point. The 30th of January was a nice ending of the month, because I participated on an Eurodesk workshop with the rest of the Romainans. The target group for this training was mostly the youngsters of Kaposvár who are between age 15-25. The first part was mainly about informing them what is Eurodesk, Erasmus+ and Compass. We played anergizers and team building games to learn about each other and to start to work as a group. After lounch I coordinated a game of 40 minutes what focused on the possible differences inside of a group. They each got a card and had to build up a group by severl different logic. By color, by number, by regressive and ascendent order and so on. After playing the game we talked about the main parts and the issues they had to deal with in the game. For me it was a good excersize to work with volunteers and trying to lead them to a team friendly conclusion.

Later in the afternoon we had a minor brainstorming about a possible mini project in Kaposvár for the next session of the Eurodesk workshop. The team was very crative and active. After the official hours of the meeting some of us even stayed a bit longer and planned a youth exchange as a trial for a project writing. It was well done and surprisingly successful. I found the whole day very useful because I met a lot of bright young local.